The matter of siblings is rather tricky, it is quite a complicated topic, you see. Those raised as only children often express their desire for brothers or sisters of their own, while individuals – such as myself – with the aforementioned brothers or sisters occasionally wish their siblings would just… disappear. As both the oldest child and the sole girl, I have rarely experienced any sort of envy toward my younger brothers. Our interests are a world apart, sharing clothing is not necessary, for obvious reasons, and I never received hand-me-downs from them – as first born, my possessions were typically brand new, new-to-me, or castoff from my cousin, a girl just five months and a single grade ahead of me. Though my brothers and I seldom argue over each other’s belongings, we do argue frequently. Young boys (in general) are notorious for their efforts to bother, annoy, and humiliate girls in any way possible. When the girl in question is their sister, they take their silly, juvenile, (well, and harmless, in their defense) teasing to another level.

It’s all in good fun, I realize this. As a result of their obnoxious behavior, however, our opportunities to chat are scarce. My hobbies may be partially to blame for this, as I spend hours each day alone, poring over books, taking photographs, exploring the internet for craft ideas and general inspiration, or watching the occasional movie or historical documentary. The boys, in turn, are preoccupied with interests of their own… interests besides irritating me, of course. Jake, at nearly fourteen, golfs and participates in a variety of tournaments each week. Jack, just ten, has yet to discover his passion and spends a great deal of time in front of a screen, be it his iPod touch, the television, or our mother’s desktop computer.

To be entirely honest, this troubles me. And so, yesterday morn, I suggested he accompany me on my daily twenty-minute walk around the track near our home. Mom encouraged this – “Jack, you need the fresh air. You could use the exercise!”. And so, he obliged. 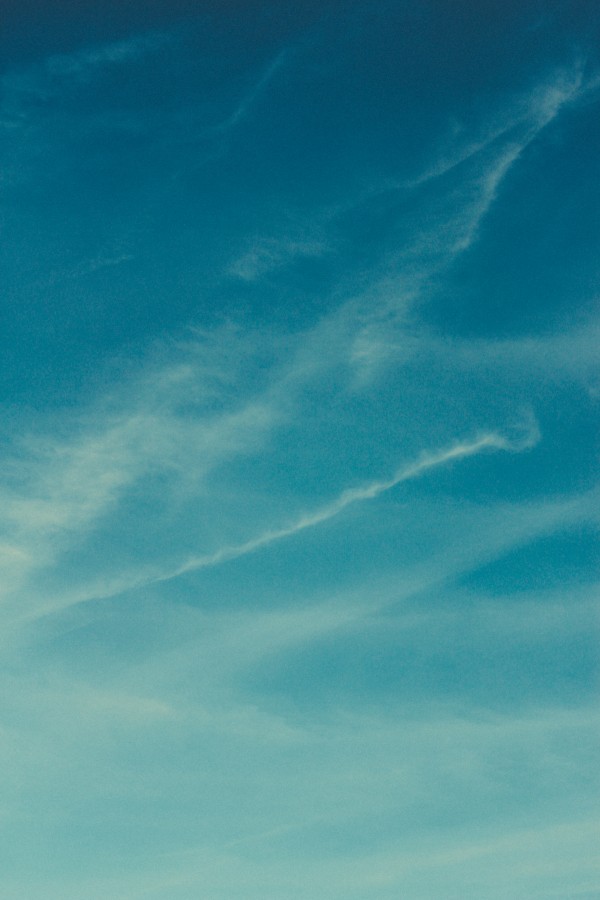 I shot the image above while on my daily walk, several months back. Aren’t skies just lovely?

Within a few moments he had dressed and we were on our way. The silence between us during those first few minutes was deafening. Attempting to break the ice, I asked, “So, Jack. What have you been reading lately?” Around May of this past year I began reading him Harry Potter and the Sorcerer’s Stone, just as I did for Jake while he was in elementary school. Jake’s polar opposite, Jack was disinterested, and so the chapter-a-night ritual was abandoned within merely a week. To my question, Jack responded, “Diary of a Wimpy Kid.” I frowned. Though I hate to admit it, being the naturally feminine girl I am, my brothers have influenced me a great deal. For instance: I have read the entire collection of Diary of a Wimpy Kid books. They are hysterical, and I highly recommend them for reluctant readers. But…

“Jack, weren’t you reading that last month? And the month before that? Why don’t you try something new. We could start Harry Potter again.”

He did not respond.

“What genre is your favorite? Mystery? Adventure?”

This time, Jack was quick to answer. “Adventure! Like the Hobbit.”

I nodded. My father has on more than one occasion professed his undying love [okay, that may be a slight exaggeration…] for the works of J.R.R. Tolkien. Both boys imitate dad frequently. He is their #1 role model.

Around this point we reached the neighborhood track.

It had become crystal clear to me that Jack was not the least bit intrigued by our discussion, and so the quiet returned. The lack of speech was far from awkward, refraining from conversing is familiar to him and I. The two of us, when passionate about a particular subject can ramble on for hours at a time, but usually we are both on the more reserved side. So, it came as a surprise to even myself when I found myself asking, “What’s your favorite month?”

“Oh, because school is out in June and back in September, right?”

“My favorite is November, and I hate July. August, too. But July is worse.”

Once again, he didn’t utter a word.

We continued to stroll around the track.

I proceeded to ask a number of  irrelevant questions. “What’s your favorite season?” [summer] “If you could be any age forever, how old would you be?” [twenty-five] “What kind of animal do you see yourself as?” [a cat] “What’s your favorite holiday?” [christmas] “Chocolate or vanilla?” [chocolate] “Would you rather be deaf or blind?” [blind]. “What is your dream superpower?” [invisibility]

It went on for nearly fifteen minutes.

Then we walked home.

I learned about my ten-year old brother yesterday. Nothing of tremendous importance, no.

And yet – I realized that though he is 99% troublesome, pesky, and exasperating…

there is a caring, intelligent, polite 1%.

He really is a good kid.