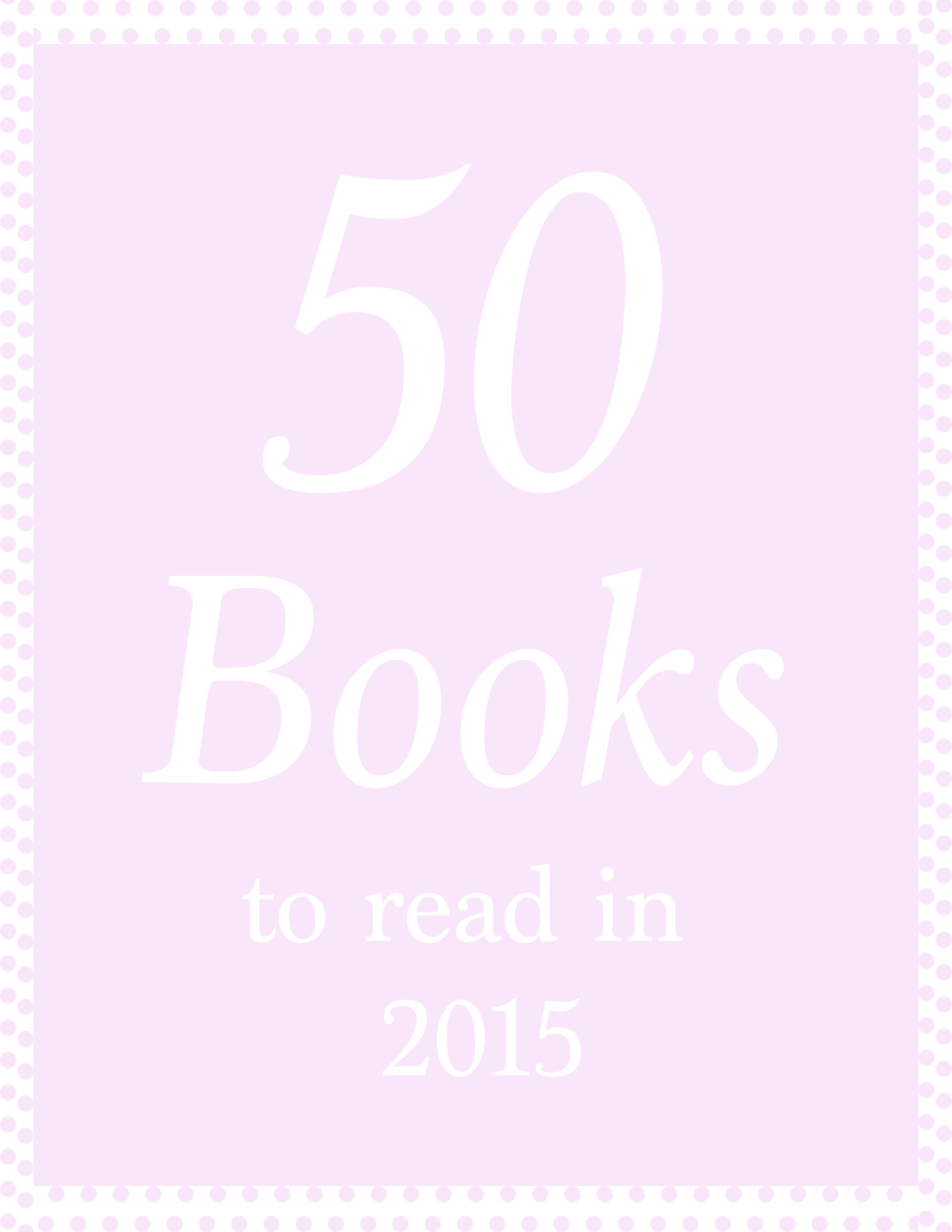 As I offhandedly mentioned in yesterday’s New Year post, I simply love, love to read. From Dr. Seuss, to L.M. Montgomery, to J.K. Rowling… novels, biographies, mysteries, romances – ah, even Archie Comics – I’m quite fond of them all, and have been my entire life. (Though my kindergarten teacher may have been curious as to why her sweet, extremely introverted little student was so intent on learning how to ‘weed’… But I digress.)

Perhaps… a month or so ago, I stumbled upon Popsugar’s Ultimate Reading Challenge 2015. (Why, yes… yes, it is all kinds of awesome.) Over the past several weeks I have spent a great deal of time researching, evaluating, and categorizing a variety of titles… the best of which were included in the lengthy list of books, graphic novels, and memoirs compiled below.

To be perfectly honest… I have absolutely no idea what the majority of these books are about. What they concern, who they regard – Nada. In countless cases I only recognized the author, or just happened to be familiar with the title. In fact, I have only read two of the 50-ish novels listed beneath these few paragraphs (Matilda & A Tree Grows in Brooklyn, if you were wondering).

This is going to be so much fun! I’ll be tracking my progress here as the year goes by.

A Book with Nonhuman Characters – Animal Farm by George Orwell

A Book by a Female Author – Atlantia by Ally Condie

A Mystery or Thriller – Murder on the Orient Express: A Hercule Poirot Mystery by Agatha Christie

A Nonfiction Book – Eleanor of Aquitaine by Alison Weir

A Pulitzer Prize Winning Book – The Goldfinch by Donna Tartt

A Book that Scares You – The Shining by Stephen King

A Book With Bad Reviews – Madame Bovary by Gustave Flaubert

A Trilogy – Under the Never Sky by Veronica Rossi (& Through the Ever Night, & Into the Still Blue)

A Book from Your Childhood – Matilda by Roald Dahl

A Book Set in High School – P.S. I Still Love You by Jenny Han

A Play – Our Town by Thornton Wilder